When we talk about the computer term “visualization”, we’re talking about virtual machines. A virtual machine, also known as VM’s is a operating system (OS) or application which runs on a set of physical resources, like CPU, hard drive space, and Memory (RAM). These hardware sets work together and act like a “real” system. A computer could run multiple “virtual” systems which all together make sure that the end user experiences a system with dedicated hardware.

3 reasons why you should use virtual machines

VirtualBox and VMware are both good virtualization software. VMware comes with 2 different editions where the “VMware Player” is free for non-commercial use and “VMware Pro” is only free during the trail evaluation period. When the trail evaluation period is over you will need to buy a license.
VirtualBox has hit the market much later than Workstation. The  open-source VirtualBox package has a free general public use (GPU) license. They also offer a “proprietary extension package” which is free and comes with a personal use and evaluation (PUEL) license .

For Windows the installation of VirtualBox is very easy: download the VirtualBox installer from the original VirtualBox webpage and run it.

During the installation it might happen that you get disconnected from the internet for a few seconds. So, don’t run the installation during critical network situations! The application needs to install some drivers which are necessary in order to make the hardware communicate with the virtualized hardware. Don’t get scared: you can reply to these questions with “install” without any issues.

It is also not difficult to install VMware on Windows. Just download the VMware installer from the original VMware webpage and run it.

The enhanced virtual keyboard feature checkbox they’re asking for during the installation provides better handling of international keyboards and keyboards that have extra keys. This feature is available only on the Windows host systems. You have to consider yourself wheter you’d like to install it or not. If you’re in doubt, we advise you to just try it, as it’s only a few MB’s and it won’t harm your computer or systems in any way. Proceed the installation process, when you’re finished and everything went correct, you’re good to go!

Download the installation bundle from the official VMware website. If you go to the download location, first of all you need to give the application execute permissions. This can be done with the following command: chmod +x VMware-Workstation-Full-15.*.bundle. After giving the permission we must install the required dependencies: apt install linux-headers-$(uname -r) gcc make dkms . Finally, it’s time to install the application, which can be done with the command: ./VMware-Workstation-Full-15.*.bundle.

The biggest benefit of using virtual machines is that you can run different systems and simulate a real world network scenario. Those exploits sometimes break the entire OS. For this it’s very handy that snapshots exists where we can roll-back the system in just a few seconds! This safes a lot of time as well as security flaws in the main OS. 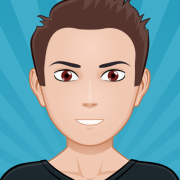 IT Technology student and hacker enthusiast